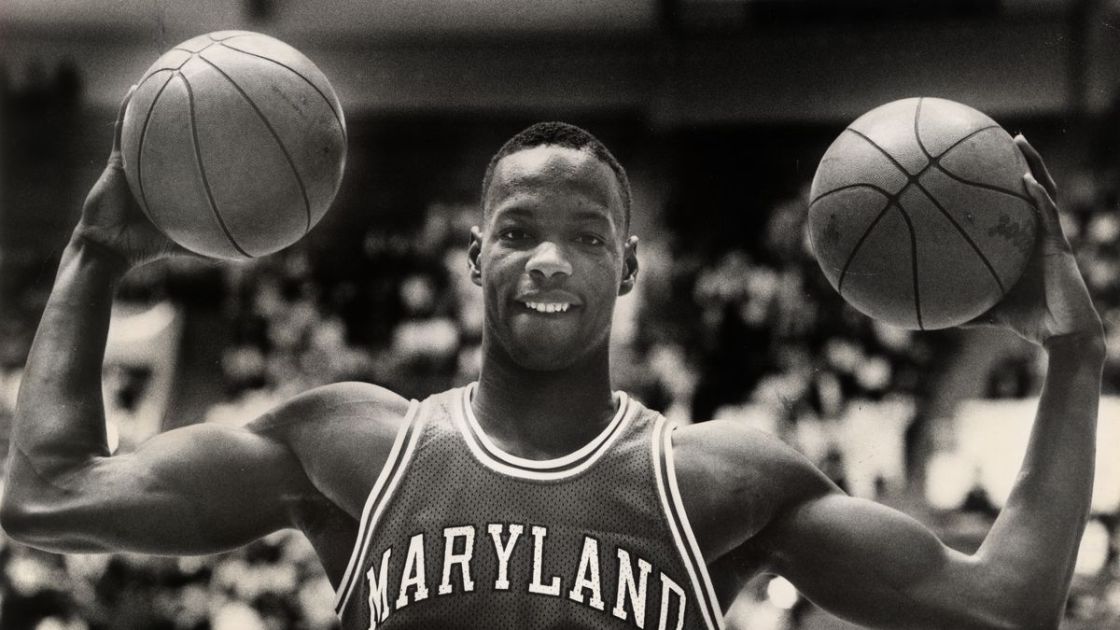 If there is one mystery that baffles basketball fan, its the question of University of Maryland star Len Bias. Just “how good could Len Bias have been?” Could he have been better than Jordan? Could he had led the Celtics to more championships? All these questions will live until the end of time. We decided to take a look at Len Bias’ all-too short career and tell you some things you may not know about the former basketball star.

Bias is one of the few NBA players to be drafted that never got an official basketball card. Bias was supposed to in the 1987 Fleer Basketball set, but after Bias died, Fleer at the time did not think they should issue a rookie card for him. The art of photoshop shows us what a rookie card would have looked like.

Bias and Jordan had squared off in college back in 1983. Although, the match-up wasn’t suppose to be strictly Bias on Jordan or vice versa, there were plenty of stretches during the game when Bias was playing defense on the basketball goat. Jordan still did have a great game, but Bias did shut him down for a short stretch in the second half.

His coach at Maryland, Lefty Drissel was once asked to compare Bias’ talent with every else who has ever touched a basketball. Lefty responded by saying Bias was the only player he had in 40 years that he had to take out of practice because he would be destroying his teammates in practice so bad.

As shown above, Bias could jump high enough to touch the top of the backboard. Given that he was 6’8, that would estimate his vertical to be somewhere between the 46″ and 48″ mark.

The original comparison to Michael Jordan first came about from a Celtics’ player scout prior to the 1986 NBA Draft. Another label that draft scouts put on Bias was that he part Michael Jordan and part Charles Barkley.

Even though North Carolina TarHeel center Brad Daughtery was chosen as the first pick in the 1986 draft, it was Bias that most scouts considered to the be the best all around player available. The 80’s were a time that was considered “Bigger is better” and centers were seen as the greatest asset to an NBA squad. And btw, above is a picture of Bias jumping higher and blocking the taller Daughtery’s shot.

In December of 1990, just four years after Len’s death, his younger brother Jay Bias was shot during a drive by shooting. Just 20 years old, he was shot following a disputes with some men outside Prince George’s Plaza in Hyattsville, Maryland.

Back in 2003, Duke coach Mike Krzyzewski was asked who were the greatest college players he had seen in career. Coach K responded by saying the two players that stood out in his mind over 24 years was Michael Jordan and Len Bias.