Even though Michael Jordan was the marquee star and the most sought after card in the set, Fleer put Larry Bird’s card on the box instead.

Due to the popularity of the recent Chicago Bulls documentary, Michael Jordan cards have shot up in value.  Some estimations have said that many Jordan cards have gone up as high as 20% in just the last few weeks. 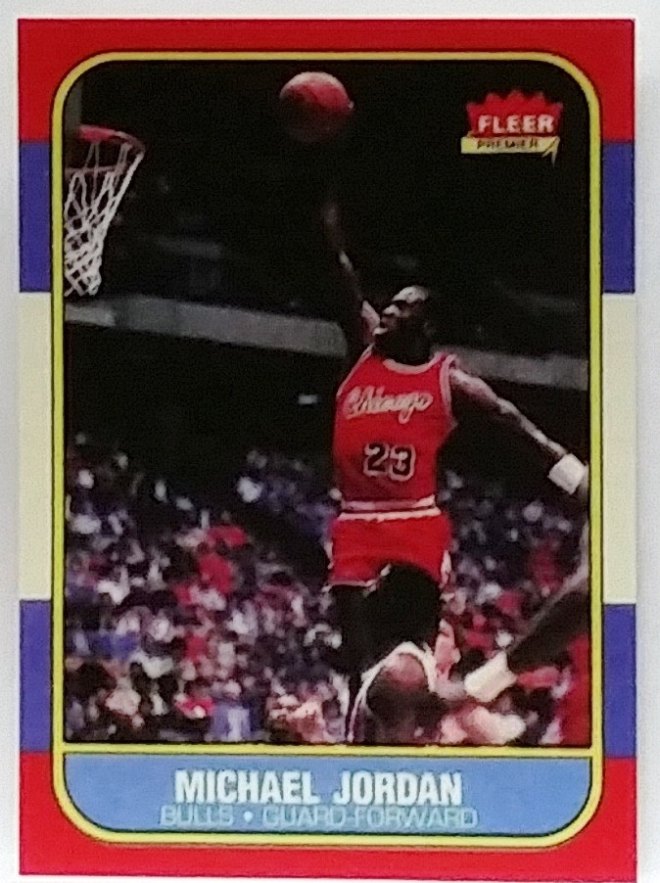 Something interesting to note about Jordan’s rookie card is that he is listed as “Guard/Forward”.  Now, everyone knows that Jordan played the shooting guard position, which makes this card one of the few places Jordan is officially also listed as a forward.

Data from over the years has shown that most 1986 Fleer boxes yielded a range of anywhere from 3 to 5 Jordans with a mean of 4.  There have been reports of boxes that yielded more than 5 Jordan rookies in a box, but that is extremely rare. 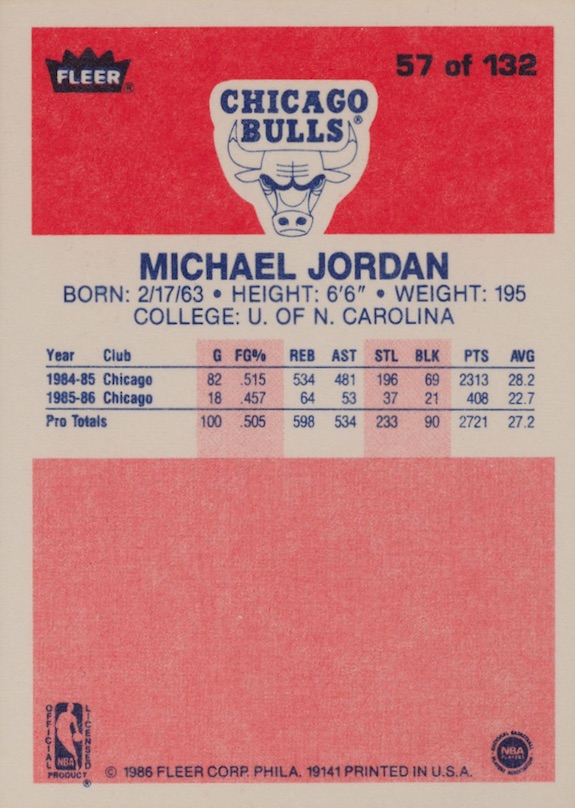 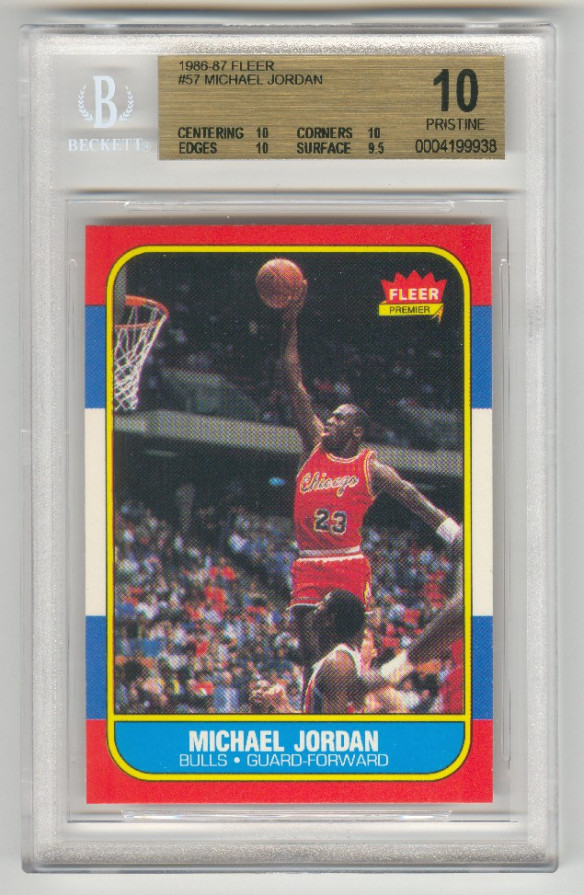 The highest selling Jordan rookie to date hapoened in 2017.  A pristine Michael Jordan rookie card (thats a card graded for perfection) graded by Beckett was auctioned and sold for $100,000.

An authenticated unopened box (which is rare) of Fleer 1986 sells for $75,000+ and a complete unopened case has never surfaced.  There have been rumors of unopened cases being available, but one has never been for sale online.  If one does ever appear it could pass the million dollar mark.