5 Cities Working On Getting An NBA Team ASAP

Montreal has been planning to score an NBA for the last few years.  A small group of Canadian businessmen have teamed together to bring NBA basketball to the Canadian city of 4 million people.  Montreal, however, is looking to score a brand-new NBA team and not a relocated team.

Until Seattle gets its Supersonics back one day, Seattle will always remain at the top of the list of cities working on having an NBA team.  We all know the story of how the Supersonics were stolen and moved from Seattle.  Since then, the city of Seattle has been hoping to get its Sonics somehow back to Seattle, whether that means its the return of the Sonics or a relocated team.  All eyes seem to be on the New Orleans Pelicans as the team with the greatest chance to have to relocate.  The Pelicans are currently adding a local G League team which required a huge upfront investment.  That may mean that the Pelicans are going to stick around for a while.  In the end, it seems as if the local Seattle fans will be happy with any NBA basketball team calling Seattle home, Sonics or not.

The cities listed here have been trying for years to get an NBA team to call their city home.  Whether the NBA supports those cities or not, is a different story.  In London’s case, however, the NBA DESPERATELY wants to be there.  Adam Silver and the NBA brass desperately want to house a handful of European teams, with the first landing spot being London.  Silver’s goal is to take the NBA as global as possible, and in cities like London and Paris, the fans are excited for it.  It seems as if the commissioner had a choice between placing an NBA team in London or Seattle or Kansas City, Silver would automatically pick London.  London has the stadiums in place, the NBA has successfully held games there for the last 9 years and London fans are fanatical about their sports teams.  Although scoring an NBA team in London seems to be years away, Silver and the top league officials have been diligently working on plans to make it happen.

You may not know about it, or seen it for yourself, but those in charge of the Las Vegas sports scene have been working on getting an NBA team to the city of Sin.  Vegas has been trying to score an NBA for the last ten years or so, but things seem to be getting closer and closer every year.  As stated earlier, the New Orleans Pelicans seem to be the most likely NBA team to relocate in the future.  They have yet to say if they will, but given that the team’s owner passed away last year and its star franchise player maybe darting to LA, and add to the fact that the arena will need some renovations in the future, it is possible.  Las Vegas currently hosts the NBA’s summer league, the WNBA Aces and are official data partners.  From every other city on the list looking to secure an NBA team in the near future, its seems as if Vegas already has a step on the competition. 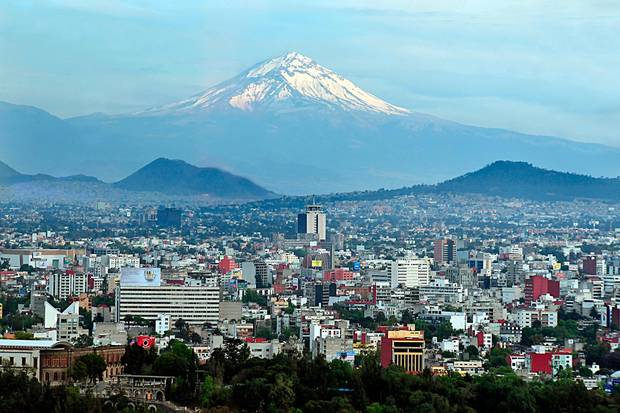 There are currently no Mexican business groups working on getting NBA basketball to Mexico City, but the NBA is currently working on getting NBA basketball to call Mexico City home to an NBA team.  As with Europe, the NBA commissioner is desperately seeking for a presence in Mexico.  The NBA has been occasionally hosting games there and each one is successful.  Silver knows though, that landing an NBA team in Mexico will require a long term plan.  So his short term goal first is to establish a G League team (which is currently being worked on), drive so much interest to that team that eventually it can become an official NBA team.  Silver has been so intent on the issue, that he has even spoken about Arena Ciudad de Mexico as being a great venue.