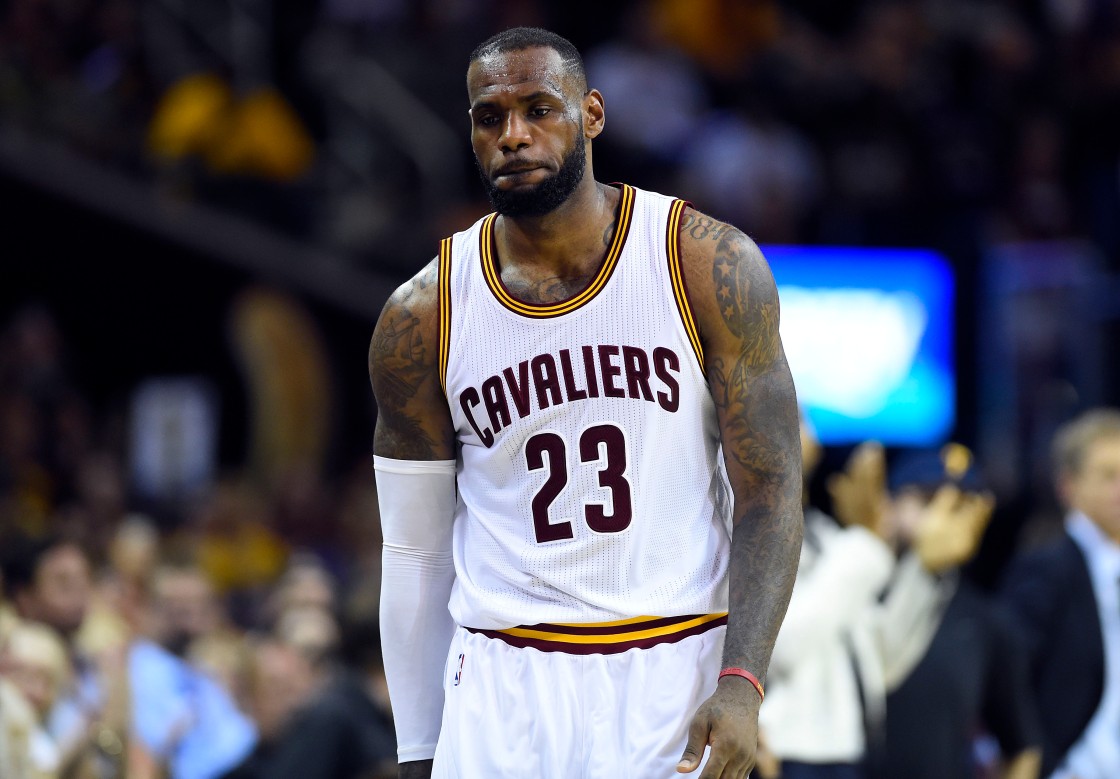 5 nba players that were robbed of Finals mvp

You already knew this one was going to be on the list. Steph averaged 26/6/5 on 48% from the field and shot 39% from three point land during the NBA Finals against the Cleveland Cavaliers. He also shot 88% from the free throw line and led the series in win-shares. And he STILL didn’t win Finals MVP. To put that in perspective, Steph won the regular season MVP that year and put up similar numbers. So if those numbers were good enough to win regular season MVP, why was it not good enough for the NBA Finals? Now, to be fair Andre Igoudala did guard Lebron James that series and part of him winning the Finals MVP was because of his defense on Lebron. So we didn’t want to act like the NBA handed the Finals MVP to Ognjen Kuzmic. But it was Steph’s performance that led the team, and of everyone on the list, is the biggest Finals MVP robbery of them all.

So, okay, we just went over why one player got robbed during the 2015 NBA Finals of MVP, here we get into the second player robbed of title from that year. In 2015, Andre Igoudala won the Finals MVP based on solid numbers and his defensive pressure on Lebron. Did you know that finals series Lebron still averaged 38/13/9 in a losing effort? 38/13 and 9!!! If Igoudala was “locking him down” and he still averaged 38 ppg, had he not, Lebron would have averaged something insane like 45/15/12!!! In all of Lebron’s finals appearances, this series numbers sticks out the most, as there has been very few times anyone averaged that in a finals series. And if there was a time in the last 50 years that a loser should have won Finals MVP, it was Lebron in 2015.

In originally writing this, we believed that it was Metta World Peace who was robbed of Finals MVP in 2010. Why should have Metta World Peace won instead of the late great Kobe Bryant? Well it was Peace that saved the series and thus the title in game 7 against the Boston Celtics. Kobe Bryant had an atrocious game 7, shooting just 24% from the field and shooting 0% (that’s right he went 0-6) from three point range and it was Peace’s late game 3-pointer that sealed the victory for the Lakers. However, when you dig deep into the stats of the entire series, it’s possible that the same could be said of Pau Gasol. Other than points, which Kobe Bryant obviously led, Gasol leads the team in almost every other category: rebounds, assists, shooting percentage, free throw shooting percentage, blocks and had less turnovers and fouls than Kobe in each of the games. Kobe is definitely the star but really, incase you forgot, Pau Gasol had a monster finals in 2010.

When you look at the stats from the 2004 NBA Finals between the Detroit Pistons and Los Angeles Lakers, Chauncey Billups led the team in points and was named Finals MVP. But really either Richard Hamilton, Ben Wallace or Tayshaun Prince could have won NBA Finals MVP that series given the kind of lock down defense that was put on Kobe Bryant and Shaquille O’Neal. Kobe was mostly guarded by Prince during the series, but often switched with Richard Hamilton and even Chauncey Billups at times. The Detroit Pistons put pretty much every wing player they had to guard Kobe at some point. But Prince and Hamilton really made things difficult. Kobe ended most games with -19 PER and averaged around 33% shooting. Shaq was nearly as awful. The reason Shaq couldn’t put up normal Shaq numbers was because Ben Wallace was all over him. And Wallace was grabbing every defensive and offensive rebound he could away from the Lakers big man. Kobe and Shaq had not been locked down in a Finals series that way ever again. Any Detroit Piston starter could have won NBA Finals MVP that year, and they all earned it on the defensive end.

Now, without going back and looking at the stats sheet, you would assume Bill Russell should win the 1969 NBA Finals MVP. It was his 11th title in 13 years and he had multiple responsibilities that season and the season before as the team’s player-coach (something which has not been done since). Russell did not have an amazing series stats wise, averaging around 8 points and 18 rebounding a game. Although blocked shots were not counted in the 1960s, its safe to say he probably averaged 5 or 6 blocks a game for that series as well. He however, did not win Finals MVP and in the first and only time in NBA history, Jerry West was awarded the trophy given his amazing offensive stats of averaging 40+ points a game. Even if Russell was not chosen for Finals MVP, the case can made that John Havlichek was robbed of the MVP as well, as he led the Celtics in most offensive categories, averaging 20+ points a game. Can you image the outrage today if that occurred?