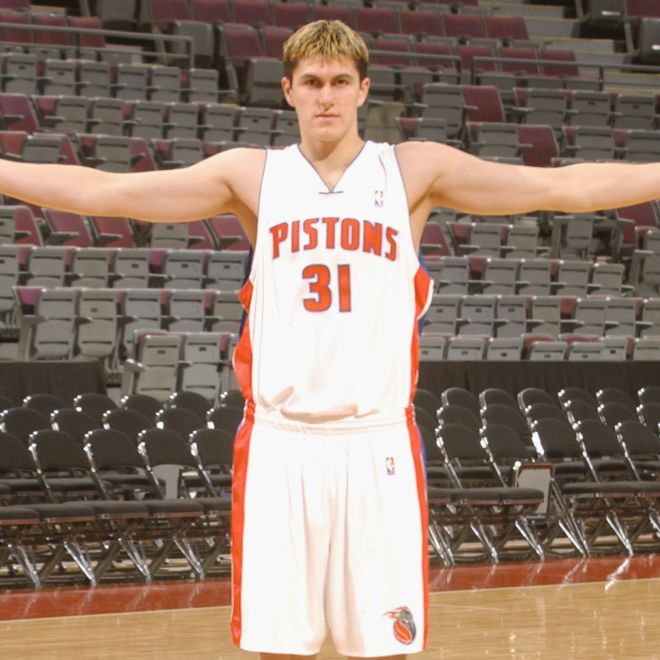 10 of the worst NBA player comparisons Ever

Dante Exum- Looking back at some of the pre-draft comparisons for Exum are a little nuts, to say the least. Exum had played exceptionally well in international play, so we can understand some of the hype. Words like “lethal”, “mature”, and “unstoppable” were used to describe his game. Scouts also saw him as the next coming of Penny Hardaway, with some scouts even saying Penny Hardaway wasn’t his ceiling. Yup, you read that right, some scouts even thought he would be better than Penny Hardaway was. Maybe Exum can surprise the world and still make that happen.

Gerald Green- The notion that the Celtics may have selected one of the best picks of the 2006 NBA draft didn’t seem too far fetched……….in 2006. Scouts thought Green was the second coming of Tracy McGrady because of his vertical leap and ability to easily get to the hoop. Well, now fourteen years later, we know he wasn’t. Green still carved a long solid NBA career but was no where on TMACs level.

Mark Macon- This one comes from the great Dick Vitale and might be one of the more ridiculous ones out of the group. Dick Vitale has seen them all over the years, so if he is comparing a fabulous freshman to an all-time great then he probably is in the right. But saying that Mark Macon was the next Oscar Robertson is going a little overboard. And after a spectacular performance his freshman season, that’s just who Vitale was comparing him too. Macon played in the NBA only a few seasons and spent the rest of his career bouncing around the minor leagues and Europe. Do you remember the Big O’s stint in the G-League?

Clarance Weatherspoon- Weatherspoon was a bulky undersized power forward with great low post and rebounding skills that reminded people of a young Charles Barkley. Add to the fact that Weatherspoon was also from the south and was picked up by the Sixers just days after they traded the Chuckster out west, it was if they wouldn’t lose a step. Chuck out, Clarence in. Weatherspoon still logged a 10 year career in the NBA averaging around 11 points per game, but thinking he was the next Charles Barkley seems silly at this point.

Hashem Thabeet- Some of you may not even know who Hasheem Thabeet was. He only lasted a few years in the NBA despite being a number 2 draft pick. While Thabeet was at Uconn, the 7-3 center reminded scouts of a young Dikembe Mutombo with his shot blocking and rebounding skills. Thabeet even said he wanted to come up with something to do after blocking a shot as Dikemebe did with his waving finger. Dikemebe had a long 12 year career as one of the greatest rim protectors of all time. Meanwhile, Thabeet lasted 5 years averaging 2 points per game in very limited minutes.

Shabazz Muhammad- Shabazz straight murdered his high school competition his junior and senior season. When Kobe Bryant was in high school in the Philadelphia suburbs, he did the same. Shabazz played college ball in Los Angeles for a year at UCLA and Kobe played for the Los Angeles Lakers. Those are the only things these two players have in common. The end.

OJ Mayo- Let’s get something straight: Mayo was overhyped since day one. Saying that he was the greatest high school player since Lebron James was going slightly too far. Mayo definitely was a good high school player, but mostly played against insignificant competition. After a year at USC, some scouts saw the 6-3 wing in the same light as a young Dwayne Wade coming out of Marquette. Mayo had a pretty solid rookie season and even made first team all rookie. That was the highlight of his NBA career. Dwayne Wade has just a few more accomplishments then that. You know, multiple NBA championships and Finals MVP.

Adam Morrison- Look, its not Adam’s fault people were calling him the next Larry Bird. Or maybe it kinda is. He had the same hair style as Bird, the same moustache and even the long socks at a time when no one had hair like that or a moustache or the long socks. Adam came from a small town like Bird did and went to a small college as Bird did. He could almost shoot as well as Larry Bird. The fact that he could not pas the ball like Bird or rebound like Larry Bird should have stopped people from calling him the next Larry Bird.

Darko Milicic- We really didn’t want to put Darko on the list because frankly, Darko is actually a nice guy and a hard worker. He gets a lot of hate, but its not warranted because of his character. Now when it comes to his basketball skills is another story. Darko was the young European star that all scouts hope to find and introduce to the world. The fact that he could play like a guard invoked comparisons to a young Dirk Nowitzki. The big difference now is that one became one of the greatest forwards of all time and the other one, well, tops the list of all-time draft busts.

Deshawn Stevenson- We saved this one for last. NBAdraft.net is one of the and has been one of the leading draft profile sites for years at this point. Most of their player projections are pretty accurate, although no one is 100%. Even veteran scouts get a draft player’s projections completely wrong sometimes. But comparing a young DeShawn Stevenson to Michael Jordan will go down as the most ridiculous player comparison of all time.