5 People You Didn’t Know Had a Hip Hop Album 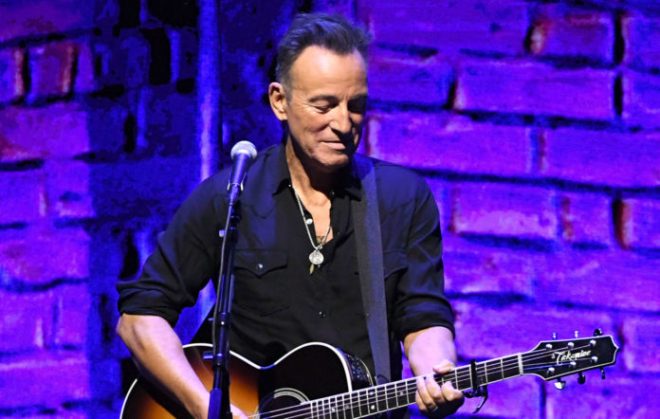 You might not know this: but Bruce Springsteen has loved hip-hop going back to the very early 90s.  Something even better you may not have known: Bruce Springsteen has admitted that sometime around 1993 or so, recorded an almost full hip hop album.  The album has been kept in Bruce’s vaults, so no one has ever heard it.  Die hard Bruce fans have searched for the album but have come up empty.  He did say he was just a few tracks short of a complete album.  Given that Bruce was listening to lots of hip hop back then and 1993 is a golden time for rap, we can only wonder what type of music was created. When asked a few years ago who were some of his favorite current hip hop acts were, Kendrick Lamar and Kanye West were named as his two favorites.

JB announced he was releasing his rap album under the moniker “Jaythoven” a few years ago, but nothing has ever materialized.  Brown was going to release the artwork and album via social media, but for whatever reason that hasn’t happened.  Brown has said that his favorite beats to rap too are Metro Boomin-type trap beats.  Maybe once you get the contract that Jaylen has, recording music doesn’t matter anymore.

You may recall Dame Dash saying “if we can make Victoria hot then we can make anyone hot” back in the day.  Beckham had signed a single album deal with Rocafella Records and did complete a full album executive produced by Dame.  The album even features O.D.B. and M.O.P. as part of the 17 track album.  Rocafella did release a single song back in 2003 but it did absolutely nothing on the radio and that was that.  A copy of her hip hop album was sold on eBay and that’s how her album leaked on the internet.  She kinda sounds like a bootleg version of Jennifer Lopez, which back in 2003 meant she had a shot.

We are in no way making any jokes about Delonte West here because, well, Delonte West is a good guy and had a solid NBA career.  Now he never All Star material but definitely a player that gave it all he had off the bench and someone who sneakily won a few games for his team based of his hard work and energy.  Back in 2011 during the NBA lockout, West did record a full mixtape titled the “Lockout”.  A few songs have been posted online since then but not the full album.  Delonte West even has a slow jam on it. Yup, it’s true.  When Bane was a teenager back in the 1990s he recorded rap records.  Hardy has always claimed that he had rap records stashed away unreleased, but some of that material has made it’s way online.  If you are interested in what Bane should sound like as a late 90s rapper, it’s actually probably a little better than you would expect.  His mixtape leaked online two years ago and although it’s not as good as late 90s Jay-Z it’s not so bad.  The mixtape is called “Falling Off Your Ass”.