The 10 Greatest Pictures in NBA History

Magic Johnson’s Baby Sky Hook Vs. The Boston Celtics- It doesn’t get better than this one.  Six NBA hall of famers in one photo.  Celtics Vs. Lakers NBA Finals.  Magic Vs. Bird.  McHale Vs. Worthy.  Jabbar Vs. Parrish. Boston Vs. Los Angeles.  The Old Boston Garden Vs. The Forum.  The 80s.  Hollywood Vs. The Bean.  Rodeo Drive Vs. Causeway Street.  Magic decided to go with a new move he developed that season and channel his inner Kareem Abdul Jabbar.  The Celtics have three defenders on him and still couldn’t stop it.

Wilt Chamberlain’s 100 Point Game-  A feat that will most likely never happen again.  The next closest by another player, Kobe Bryant was still 19 points short.  The closest by any player of the last 10 years was still 30 points short.  Someone would need to catch fire from three point and not cool off for an entire 48 minutes.  Chamberlain will hold this record forever.

Bill Russell’s 11 Championship Rings-  The greatest winner of all time in professional teams sports.  He won so much, that he can’t even fit all of his championship rings in one photo.

Vince Carter’s Dunk Over Fredrick Weiss-  The greatest dunk of all-time in one image.  KG’s face says it all.  He knew it was the greatest dunk ever as it was happening in real time. 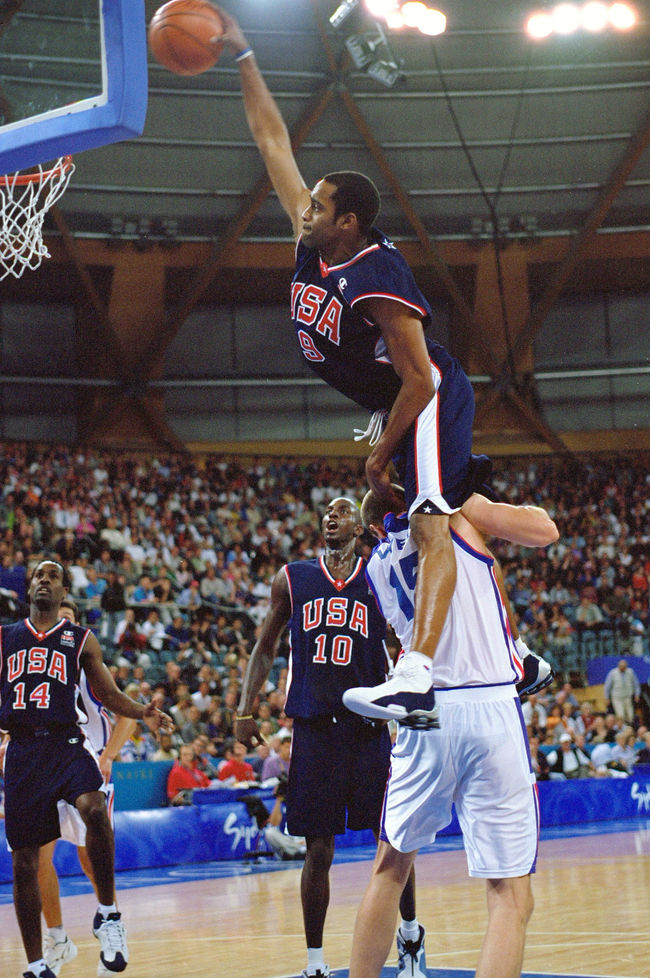 Air Jordan Logo- No one knew that this single picture would change EVERYTHING.  This image changed fashion, sneakers, advertising, the NBA, the city of Chicago, Michael Jordan’s career, the future of Converse, the future of Adidas, the future of Reebok and the lives of million of basketball players growing up.  This image helped Nike rake in billions and billions of dollars.  MJ got pretty rich, too. 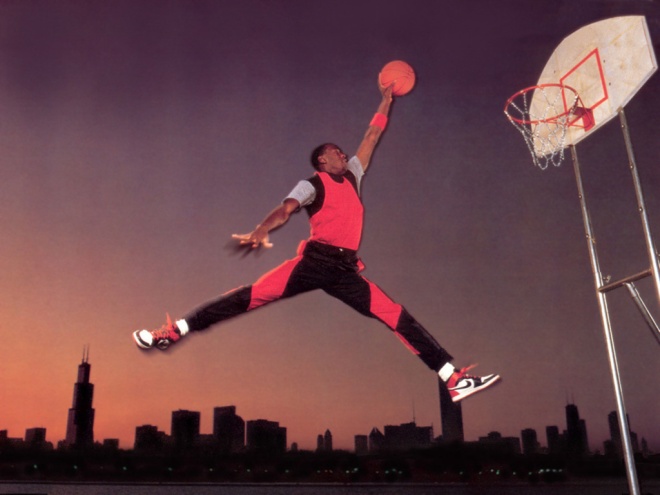 Lebron James Block On Andre Igoudala-  There are a lot of great professional moments in Lebron’ career, but of all the stats and major plays, this one is THE one in his career.  Cleveland needed a HUGE defensive play down the stretch in the finals, and there couldn’t have been a more deflating play.  Lebron chased Igoudala all the way down the court and performed one of his famous chase-down blocks.  This time though he didn’t swat the ball to another state, he pinned the ball on the backboard, retained possession and that play was key in helping Cleveland win its first NBA title and first city championship in more than 50 years.

Michael Jordan “Crying Face” From His 2009 Hall Of Fame Enshrinement-  The internet is still undefeated.  During his 2009 Hall Of Fame acceptance speech, Jordan broke down crying while thanking Scottie Pippen and his former Chicago Bulls teammates.  It wasn’t an instant hit on social media as things happen today.  It did take a year or two, but this face has now become the universal image for sadness online.  This single image has been photoshopped millions of times since.

Dr. James Naismith with The First Ball and Hoop-  The modern origins of hoops….a doctor, a closed wooden basket and something that looks like a dark volleyball.  Naismith’s idea was for the local Massachusetts college boys to have an activity during the cold winter months.  Today, players make more than 40 million dollars a year, are initial investors in the major upcoming companies in Silicone Valley, date supermodels from around the world, have tens of million followers on social media and are tracked every single second of every game. 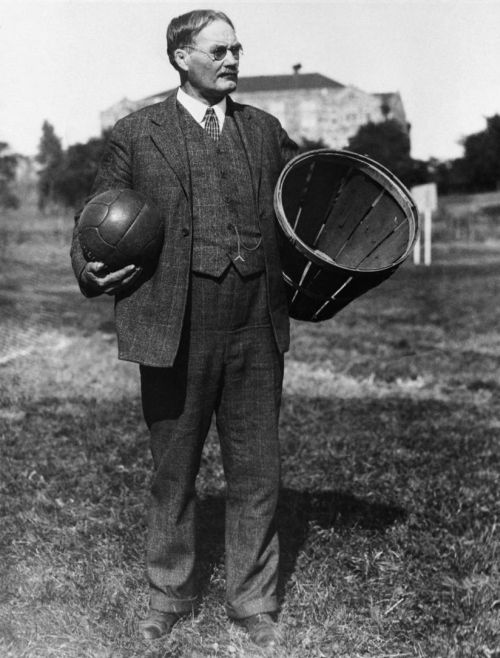 Michael Jordan’s Shot Vs. The Utah Jazz (1998 NBA Finals)- The greatest player of all-time shooting the greatest shot of all-time.  Just look at the faces of every Utah Jazz fan in that photo, they knew where the ball was going to end up.  Without knowing what the outcome was, you can tell whether or not MJ made that shot just from his form and trajectory of the ball.  The basketball gods could not have created a better ending. 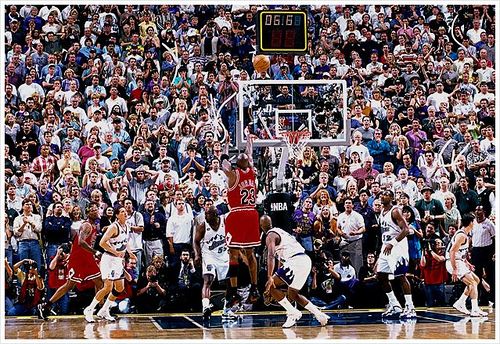