10 Rare Facts Of The Film Above The Rim

#41 Is A Famous Streetball Player

Point guard #41 on the red team for the shootout, was in fact a famous streetballer from the Bronx named Speedy Williams.  Speedy, known as a huge Rucker park legend, also logged minutes in the old CBA and time with the Harlem Globetrotters.  He also was tapped as a consultant for the movie.

“He’s playing ball without a ball, yo”

Shep gets made of fun for playing basketball in the park by himself without a basketball, but many pros and college players do the exact same thing in practice.  When learning a new move, or trying to correct shooting flaw, players find the process easier without actually using a basketball.  Kobe Bryant has said himself that he has practiced a lot of times without using a basketball.

The best song on the classic movie soundtrack, is of course 2Pac and Stretch’s Pain track.  The track for some reason was never actually released on the CD version and can only be found officially in two places: the cassette soundtrack and the cassette maxi-single for Warren G’s Regulate.  Many consider Pain to be one of 2Pac’s all time hardest songs. 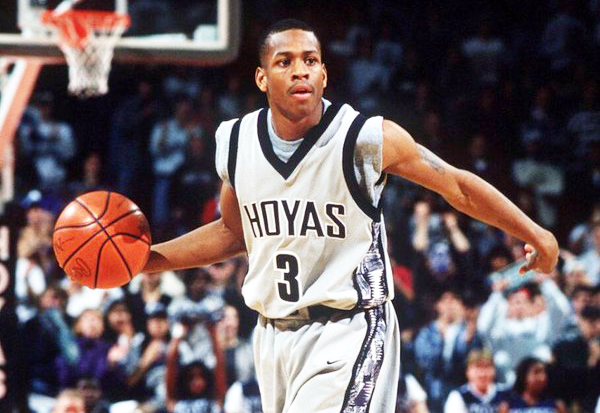 Many fans believe that since Kyle, who ends up picking Georgetown at the end of the movie, and starts playing for the Hoyas in the 1994 season, that Allen Iverson is the inspiration for the main character.  AI was in fact the starting Hoyas point guard that same time.  In reality, Allen Iverson has no connections at all with the Above The Rim film.  The movie had its beginnings in 1990, and took a few years to become a full length script.  Allen Iverson at the time was just a sophomore and junior high school player and had not even started deciding on colleges.

Duane Martin Was Actually A Knick

Duane Martin was a stand out DIII player in the late 1980s.  Duane was able to get on the Knicks as an undrafted non-guaranteed contract.  The Knicks did eventually cut Duane prior to the 1989 season, so he never actually played an official minutes as a New York Knick.  Still, not bad for an undersized DIII player.

And Speaking Of Duane Martin…..

Here’s a interesting one: In the film Above The Film, Duane (playing Kyle) is a high school senior basketball player who originally joins 2Pac’s team (The Birdmen) where 2Pac is his coach.  The truth though, is that the player is older than the coach.  Duane was playing a high school senior at age 27, and 2Pac was acting as Birdie at 23.

Above The Rim Debuts A New Dribbling Move

All great moves have a nick name: the killer crossover, the stutterstep, Lebron’s famous crab dribble, The Shamgod, the list goes on and on.  Above the Rim debuts a move (at the start of the film), which still to this day has no nickname.  Kyle gets the ball, dribbles between his legs then pivots, goes behind his back in front of the defender and then spins away.  That move has now been made popular by many streetballers since, but in 1993, it was never seen.

You May Have Missed It, But The Greatest Basketball Play Of All Time Is Here

Picture Lebron or Giannis doing that.  Getting a steal, throwing a self-pass the entire length of the court, taking one dribbling and then finishing it off with a 360 dunk over someone.

The Original Choice For Kyle Was Somebody Else

Duane plays Kyle perfectly as he really was a skilled basketball player and no double would be needed in the basketball scenes.  But the producers original choice for the movie was not Duane Martin and was Tyler Perry star, Allen Payne instead.

2Pac Had A Double

(Double is not shown here)

That’s right, at one point in the movie, 2Pac is actually played by a double.  At the very end of the film, Birdie gets shot while hanging out at his club.  That scene is actually not 100% 2Pac.  Producers filmed that scene with a 2Pac look-a-like and stitched the footage together to make it look as close to 2Pac as possible.

1994 Was The Year Of The Basketball 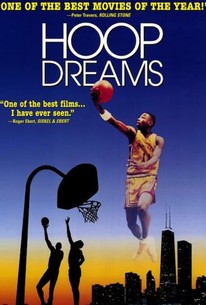