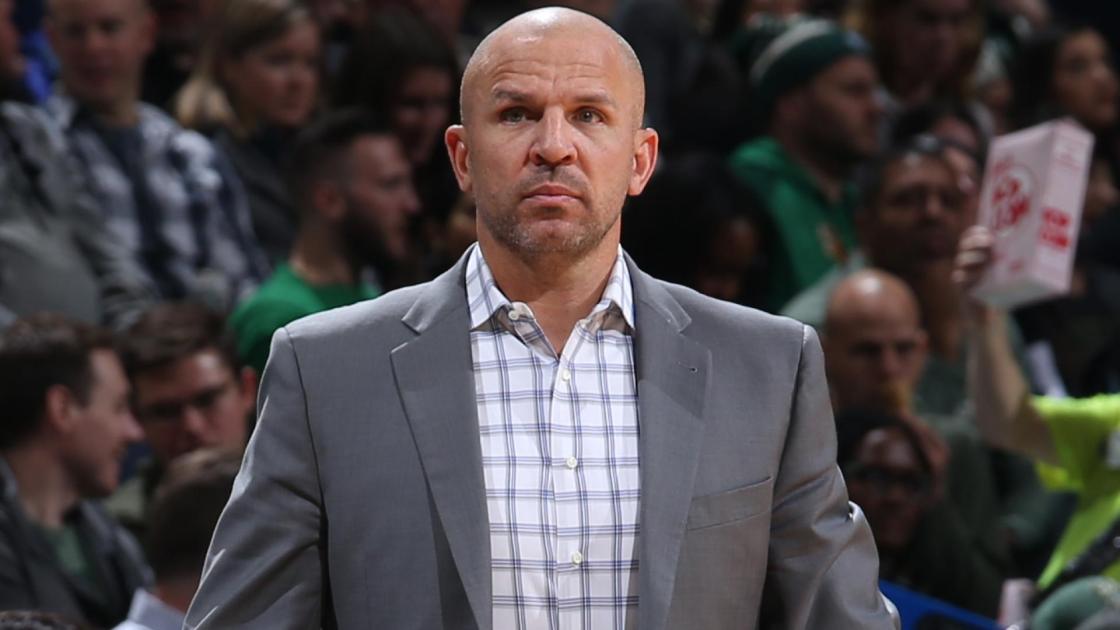 5 Coaches that should not be the Celtics next coach

So we start the list of coaches that the Boston Celtics should not hire with Jason Kidd. Damien Lillard just announced that he wants Kidd to be the next Portland Trailblazers coach, but Kidd responded with that he is not interested in the Portland Trailblazers coaching position. There have been a lot of rumors recently that with the Lakers early playoff exit, Frank Vogel may be in the hot seat, and Jason Kidd may be the next Los Angeles Lakers coach. As of now, a lot of things are up in the air. Given the Celtics long time disrespect of Kidd (back when the Celtics played the then-New Jersey Nets in the playoffs, fans often chanted things about Kidd and his ex-wife), Kidd joining the Boston Celtics may be a hard sell at this point. The Celtics currently have him as the first candidate to have an official interview, so there is interest from the front office. Given Kidd’s less than 50% overall coaching winning percentage, a lot of Celtics fans and insiders would like someone else to coach the team.

One of the major glaring weaknesses of the Boston Celtics this past season was the lack of offensive weapons beyond Tatum, Brown and Walker. That would often force Tatum and Brown to play isolated hero ball. Mike D’Antoni is the type of coach that would exploit that weakness and turn the Celtics weakness into their primary offensive strategy. Celtics could also use a big upgrade on the defensive end. There were times during the ’20-’21 season that Celtics ranked in the bottom half of league defensively. Two major parts of basketball that are not D’Antoni’s strengths. Whatever the Celtics do in the end, they need to add more offensive weapons off the bench to avoid those long offensive droughts.

With the latest retirement announcement by Coach K, fans and Twitter heads alike have been speculating whether Coach K is retiring for good or just from the college ranks. If he was to have an interest in coaching the NBA, there definitely would be interested teams, we just think the Celtics would be a bad fit. With Tatum and Brown leading the team’s future, someone younger with NBA experience is what they need. Either way, we currently don’t buy that Coach K is still interested in coaching at any level. After the long career and multiple titles, we believe Coach K is hanging them up for good.

Even with the Knicks early playoff exit, fans and league insiders are hopeful for the teams future. A lot of basketball fans felt that Thibodeau would not be the right fit for the Knicks. But after the most successful Knicks season in almost a decade, Thibodeau clearly was doing something right. Now, we aren’t even saying that Thibodeau is looking for another coaching spot or even that the Knicks want to find a different coach. That might not be the case. There is just no denying Thibb’s successful past with the Celtics. Thibbs is a great defensive mind and his defensive tactics are a big reason the Celtics were such a dominant defensive team in 2008 and won the title. It’s possible that Wyc and now GM/president of basketball operations Brad Stevens might be preparing an offer that Thibbs can’t refuse. Whether the Celtics’ front office is seriously looking into Thibodeau or not, the young Celtics squad need a fluid-offensive minded coach and not someone that will run them into the ground defensively.

So, there is a wild conspiracy going around that Brad will be back as the Boston Celtics coach, and this whole ordeal of Danny Ainge stepping down and Brad Stevens getting a promotion is all just a ploy to show fans and everyone that it was a mutual and happy parting for all involved parties. In reality, that might not have been what actually happened. Fans and critics said Ainge was one of the reasons the Celtics could not secure big name free agents to sign in the off-season as many were skeptical of the GMs cutthroat tactics. Maybe Celtics owner Wyc Grousbeck made the decision and informed Danny Ainge it was time to go. Maybe Ainge was just fed up with the fans and the aftermath of the Kyrie Irving/Terry Rozier/Gordon Hayward drama that he just wanted to be involved with a different team somewhere else. We will never know. But for Ainge to step down and for Brad of all people to get the promotion after a not very successful season, raises a lot of questions. The conspiracy is that Brad is actually only going to be head of basketball operations/GM for the short term and go back to the coaching the Celtics once the right GM is selected. Whatever the story is, Brad Stevens coaching the Celtics into the future is not what the Tatum and Brown duo need. And as the cornerstones of the franchise, owner Wyc Grousbeck should get the head coach they that want most.