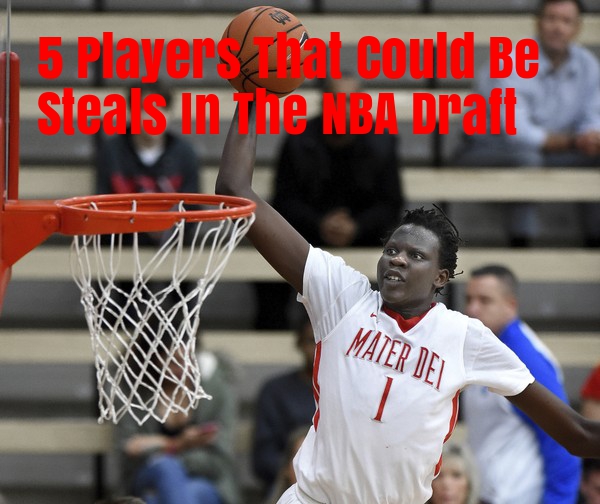 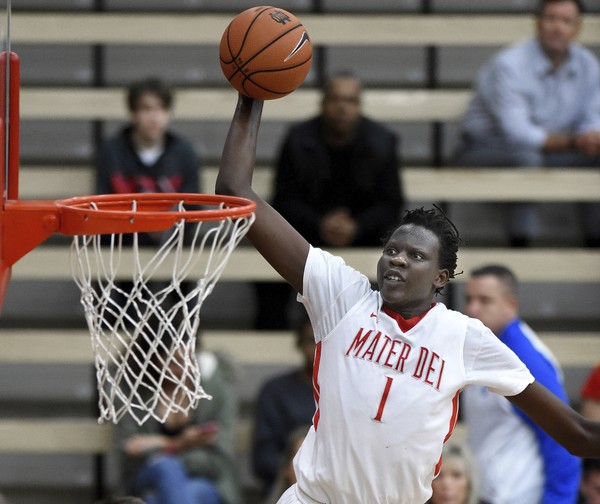 Bol Bol is this year’s version of Michael Porter Jr.  Before the injury, Bol Bol was rated as high as the second pick on the Mock boards.  Since then he has dropped anywhere between 12 and 18.  There is really nothing left he can do to improve his ranking as he won’t be in the tourney nor be competing at the NBA combine.  With the correct rehab and proper rest though, Bol Bol could end up being a huge long term steal in the draft.  With the right coach, right team philosophy and tons of hard work, Bol could be one of the best players from this draft, period.  Pair him with the right point guard and the right team and his potential is huge. 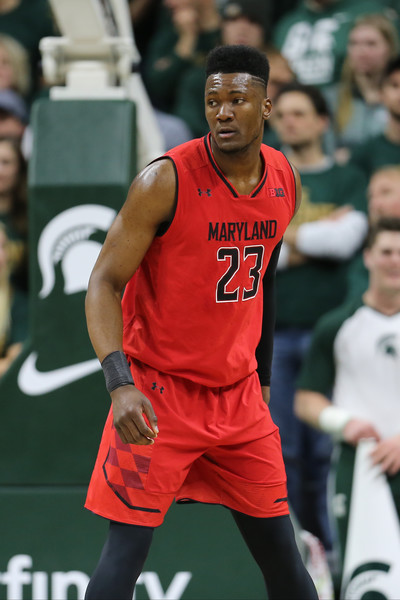 Bruno is that player that is currently a better athlete than he is a basketball player.  In fact, as far as all around athletic ability goes, Bruno is probably top-5 if not even, top-3 athletes in this draft.  That doesn’t mean that he can’t play though, because Bruno can play.  There are just other better overall ball players in this draft than him.  But with his ability to get off the ground quick and his ability to guard the rim and rebound, his long-term potential is huge.  Bruno was ranked as a top-5 pick in the early mock boards and has since been replaced with other players.  With the right NBA coach and system as well as learning to play defense without fouling as much, Bruno can surprise a lot of people in the future.  A deep tourney run too could seriously bump up his place in the draft.

We might be going out on a limb for this one.  Its crazy to think that Sekou has only been playing basketball for about 5 years or so.  But for those 5 years he has been playing against players twice his age.  Sekou could be that player that in future everyone scratches their heads and wonders why everyone passed on them on draft night.  Now, we know this is a very bad comparison but we are still going to use it.  Giannis was in a similar position four years ago.  He was super skinny, the youngest player in the draft, one of the players with the least amount of basketball experience and someone who had the potential to grow even taller.  Now Giannis became the player that is he because he sought out the best mentors, listened to them, had a great coaching staff around him, the right people in his corner helping him and worked his tail off the last four years.  He may have worked harder than anyone in the NBA.  So that clearly helped.  The bad news is, the same sort of comments were made for the “Brazilian Kevin Durant” when he was drafted and we all know how that turned out.  We are hoping in the long term he is closer to the “Greek Freak” than the “Brazilian KD”.

Here is a our long shot pick for second round steal.  We are going with a European player for this one from Croatia, named Luka Samanic.  Now, some people have had Luka as a top 20 pick in the upcoming 2019 NBA draft, while others have said he will be lucky if he is picked in the last draft slot on the board.  So this is a BIG long-shot!  Luka can shoot, get up the floor quick and pass the ball with either hand effectively.  The knock on Luka is that he hasn’t performed so well in big games.  He is still young and has a long way to go, but could be one of those late 2nd round European draft picks that ends up being a big contributor to an NBA team.  Or it may end up, that Luka gets picked by NBA team, gets stashed in Europe and is never heard from again.

Can a player drafted number two or three in the draft actually be a steal?  We think so.  Now if there was no Zion in this draft, RJ Barrett wouldn’t be a surprise top pick.  But we like Barrett a lot.  If something crazy goes down on draft night and Barrett is picked first AHEAD of Zion, we wouldn’t be totally shocked about it.  We get it, Zion is a men among boys right now and at times it seems as if he is playing against a 2nd grade rec team.  Zion is completely dominating everything right now.  On top of that, he is extremely marketable and has a name that also goes along with his marketability.  A team like New York or Cleveland could completely change their teams perception just by drafting Zion.  Zion is that guy and we acknowledge it.  However, we believe that long term, time may reveal that RJ Barrett is better overall basketball player.  MAYBE is the key word.  We are very high on Barrett and feel that with the extended time in an NBA game, the favorable rules, and him being the main focus as an offensive player, that his ppg could actually go up in the pros.  That’s right, go UP.  Now, he has to share the court with someone who has been touted as being as good as Lebron James, so he has to share a lot with him.  But with him as the team’s leader, we believe Barrett’s potential is super high and could surprise a lot of people as being the best player from this draft.